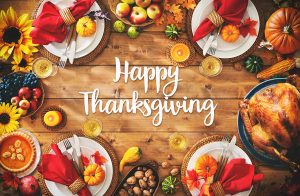 Americans love their holidays, and more than that, they love their food. So it would be no surprise that one of the most popular holidays is Thanksgiving. Ingrained in our traditions is the belief that certain foods coincide with a specific holiday, and that every Thanksgiving we should have those foods on the table or we aren’t celebrating correctly. But why turkey and stuffing? Why cranberry sauce? Why pumpkin pie? And for the love of everything good, why green bean casserole? 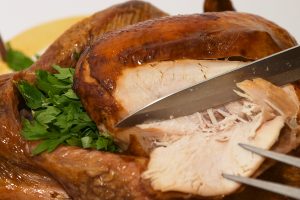 Turkey is so synonymous with Thanksgiving that we jokingly call it Turkey day. The real truth is we aren’t even sure that turkey was present on that first Thanksgiving. Most historians don’t seem to be able to agree on whether there was turkey, even though there’s considerable evidence for turkeys being a popular dinnertime menu item for centuries. There are only two eyewitness accounts of what happened during that three-day feast: a letter written by Edward Winslow and sent back to England, and a written record from Plymouth’s governor, William Bradford. Winslow didn’t mention turkeys at all, but Bradford writes, “And besides waterfowl (duck or geese), there was a great store of wild turkeys, of which they took many, besides venison, etc.” Americans started eating turkey for Thanksgiving in the mid-1800s after a popular magazine editor named Sarah Josepha Hale published her recipes for turkey and stuffing. 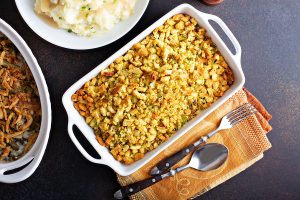 Within my family, stuffing might be the most controversial of the sides. Everyone thinks they have the best recipe, and some just refuse to eat it. While stuffing has long accompanied the “bird”, the style and recipes have evolved. The birds present at the first meal, whether they were turkey or waterfowl, were probably stuffed with onions and herbs, not bread. As with the turkey, Sarah Josepha Hale’s recipes for stuffing likely made it a companion to the turkey. 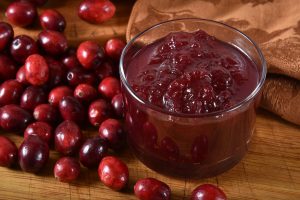 I’ll be honest, I am not a fan of cranberries, but I’ll do my best to be fair to the sweet and sour scourge of the holiday feast table. One thing we can be certain of is that cranberry sauce was not at the table that first Thanksgiving. Sugar wasn’t readily available, and those terrible tart berries wouldn’t have been appealing. Cranberries are, however, truly American. They are one of only a handful of fruits native to North America. As the sugar supply increased, so did our cranberry consumption. By the Civil War, they were such a holiday staple that General Ulysses S. Grant famously demanded his soldiers be provided cranberries for their Thanksgiving Day meal. 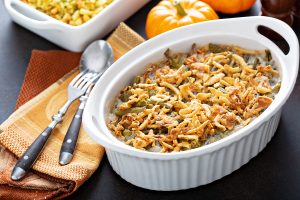 The most unlikely tradition from that first feast was the green bean casserole. Introduced by the natives, the green bean casserole… I’m just being silly. This famous dish was created by Dorcas Reilly for Campbell’s Soup in 1955. Her original recipe can still be found on Campbell’s website, and it was such a hit that it has found its way into our 300-year-old tradition. Campbell’s commissioned Reilly to develop a recipe that was easily replicated using only their products. According to the soup company, 30% of all cream of mushroom soup sales is bought for green bean casserole. 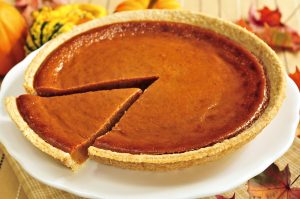 Pumpkins and squash were almost assuredly at the first Thanksgiving, but not in the form of pie. Like I mentioned earlier, sugar wasn’t easy to come by, and neither was butter or flour. Baking wasn’t an option at that time either. According to some accounts, early English settlers in North America improvised by hollowing out pumpkins, filling the shells with milk, honey, and spices to make a custard, then roasting the gourds whole in hot ashes. It wasn’t until the early nineteenth century that recipe appeared in American cookbooks or pumpkin pie became a common addition to the Thanksgiving dinner. Some attribute this addition to Hale’s article as well, but John Greenleaf Whittier’s popular poem in 1850 might have sealed the deal.

“Ah! on Thanksday, when from East and from West,

From North and from South comes the pilgrim and guest;

When the gray-haired New Englander sees round his board

When the care-wearied man seeks his mother once more,

And the worn matron smiles where the girl smiled before;

What moistens the lip and what brightens the eye,

What calls back the past, like the rich Pumpkin pie?”

View All »
Holiday Lights? Check Your Electrical System First
Holiday Lighting - How to Decorate Your Trees This Holiday
Can You Have Too Many Holiday Decorations?